Kulyab is tajik for "lake water" or "marshland". Become city in 1934 and supports a population of 85 thousand people in our days. The early notes about the city appeared in XIII c but the archeological excavations and findings prove the city's age at least 2700 years. It was important political, economical and cultural center in the area and was located on one of the Silk Road branches.

In middle ages Kulyab was the center of Kulyab bek under the rule of Bukhara khanate. By this time the city had numerous schools and madrassahs, well developed trade and craft industry. Numerous literary and scientific societies existed thru out the city.

By the beginning of XX century Kulyab was the biggest town in East Bukhara and had 20 blocks.

Kulyab is hometown of Emomali Rahmonov - The current president of Tajikistan.

The only point of interest in town is masouleum of Khoja Mir Said Hamadani, a famous poet and scholar of XIV c. originally from Iran, Hamadani is known for introducing Islam in Kashmir region. Masoleum was recently renovated by Iranians and now has golden domes and situated in gardens in shade of trees. 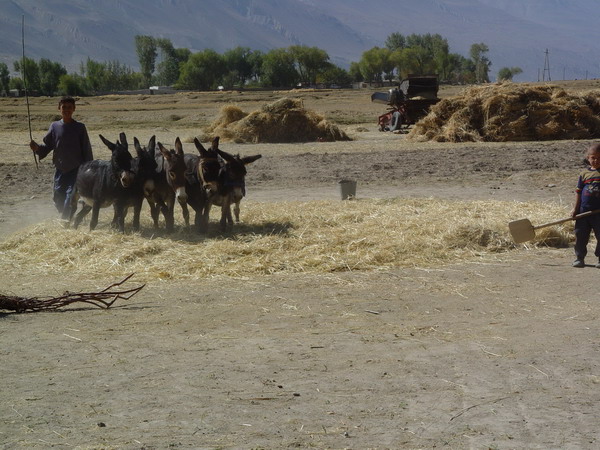