Penjikent located in western Tajikistan on the left bank of Zeravshan river just 68 km south east of Samarqand. Once an important town on the Great Silk Road, Penjikent is reach with historical monuments and sights. South East edge of the town keeps the ancient ruines of Sogdian era Penjikent - a unique monument of pre Islamic culture of Central Asia. The city's ruines apparently dated to 5-8 cc with its flourishing peak at 7-8 cc. In a first quarter of 8th century the city was conquered and grounded by Arabs while in 2nd part of 8 century the last citizen left the city.

By this time Penjikent was important cultural, industrial and trade center of Soghd. Penjikent was also sometimes referred to as Central Asian Pompeii. It was fortified and well developed city of that time. The city's architecture included Ruler's palace, two temples, market places and individual dwellings decorated with numerous paintings, wooden and clay sculptures of ancient gods.

Penjikent was strategically located on the way from Samarqand to Kuhistan - the mountainous area between Tajikistan, Afghanistan and Iran and now known as Fann Mountains. It was the last stop on the way to or from the mountains so every caravan or a traveler had to visit the town which of course boost the local economy too.

Panjikent was grounded by Arab invaders in 8 century AD while the ruins were occasionally found only in 20th century. Today we can see the remnants of residential areas, administration buildings, citadel with a palace, workshops and fire worshippers church. Some buildings still have on wall paintings.

Things found during the excavations including wood and clay sculptures are now being kept in Rudaki history museum. Also a small museum attached to the site of ancient settlement.

In close neighborhood to Penjikent was discovered ancient settlement Sarazm dated to 4-2 cc BC. The settlement is stretched out from the west to the east and located on the left bank of Zeravshan river on the territory of 100 hectares.

Sarazm was the center of ancient gold and silver ore mining as well as the biggest center of metallurgy. Here were found fragments of molds, remnants of melting furnaces, massive pests and hummers for ore beetle, iron made items such as axes, knives, lances, pins, fish hooks and various jewelry.

The other monuments worth to see are Muhammad Bashoro Mausoleum which is located 37 km from Penjikent in picturesque Mazor-i-Sharif and the tomb of Rudaki - the founder of modern Persian. 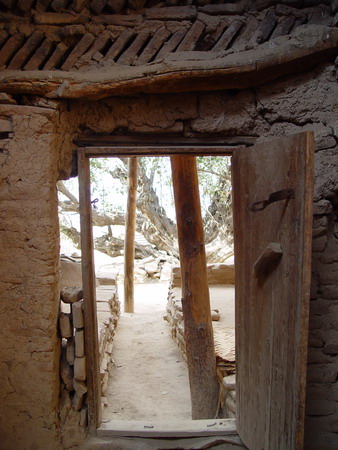