The road was built between 1931-1934 by Soviet engineers to connect Gorno Badakhshan and Pamirs with the rest of Soviet empire. Basically the road is used since time immemorial and say used to be a section of ancient Silk Road where caravans loaded with rubies extracted in the mountains around Rang Kul lake.

But it wasn't a road as we now get used to understand it, but kind of 1 meter wide trail suitable only for packed animals or people. The motor way was built much later by Soviet engineers exploding granite walls, breaking thru the rocks and by building the bridges over the Pyanj side feeders. It was also complicated as the road could only go by the right side of Pyanj river as the left one belong to Afghanistan. Despite it all the road was finally completed and still remains the only road connecting Tajikistan with Gorno Badakhshan.

Home | Travel Basics | Tours | Visa&Formalities | Must See | FAQ's | About us 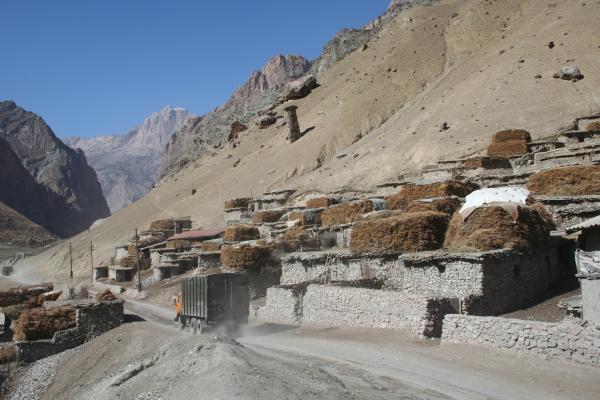